Serving in Papua New Guinea and Beyond 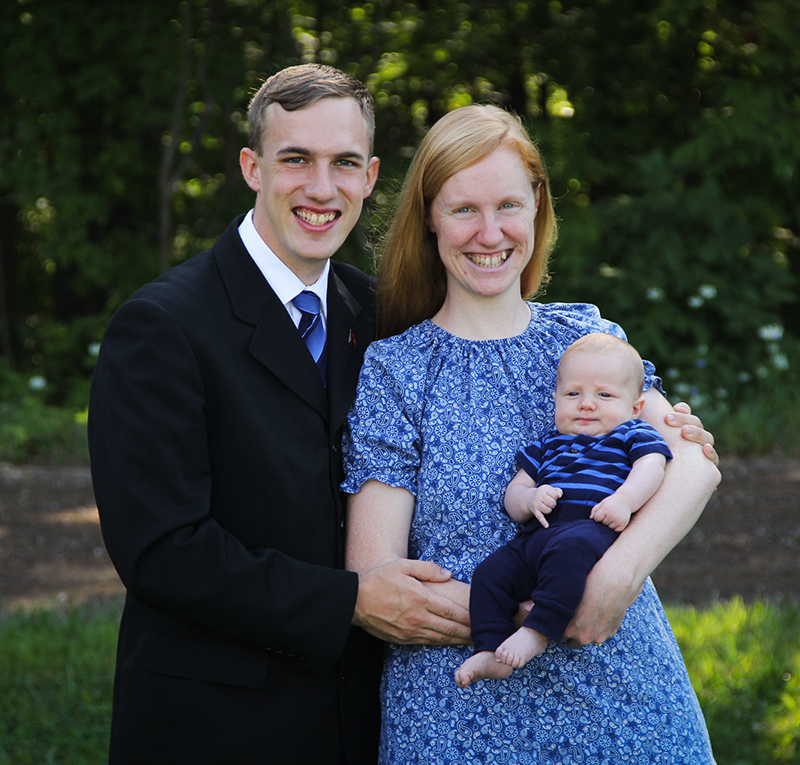 Stacy and I were both saved in our youth and grew up in wonderful Christian families, serving the Lord in Independent Baptist churches in Western New York and Western Michigan. God led us together in marriage after the death of my dad, Ken Parfitt (please read his life testimony here) and we are so privileged to be sent forth into worldwide missions under the authority of Old Paths Bible Baptist Church in Rochester, NY — my home church since 2001. Our desire is to use our gifts in music, foreign language, and teaching to continue in the ministry of edifying and equipping the local church to press forward in evangelism and godly music. God has opened the door for us to work alongside Pastor Holmes Tako at Morata Baptist Church in Port Moresby for the next stage of our international ministry, where we can assist with current church planting efforts and spearhead an outreach to the Chinese population in Papua New Guinea’s capital.

Learn More About Us

Please Pray For Us! 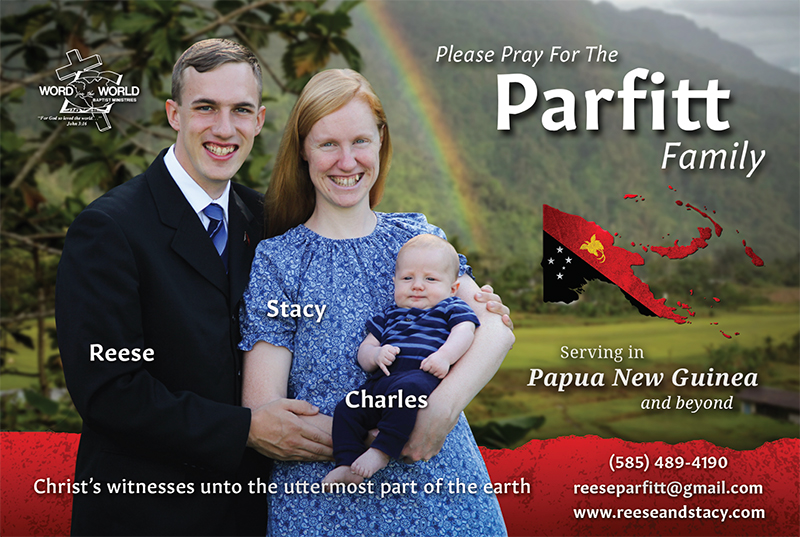 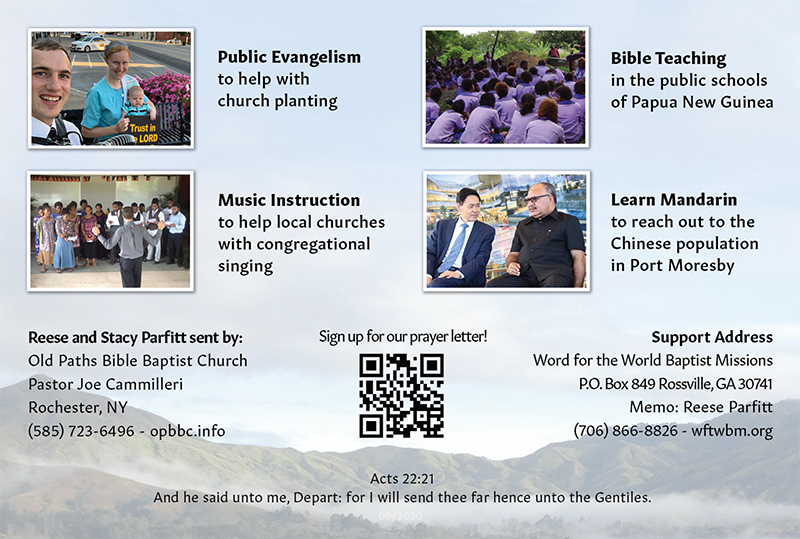 Right above Australia you will find the world’s third largest island country: Papua New Guinea. It shares the island of New Guinea with Indonesia, and their land border is actually also a juncture between the continents of Asia and Australia/Oceania! Despite having the world’s largest-population Muslim majority country right next door, about 95% of Papua New Guineans claim adherence to some form or denomination of Christianity; in many cases this is mixed with traditional spiritist beliefs. Just a little larger than California or Japan, PNG has a smaller population than other areas of it size (recently passing 8 million)… only about 13% of people live in urban areas, making it the world’s most rural nation. It is also one of the most diverse countries, with over 800 distinct people groups and languages. The people we are focusing on reaching — the Chinese — have suffered a lot of prejudice and grief from the locals, but someone needs to show them the love of Christ! We plan to live in the capital city, Port Moresby, which has the rare distinction of being on the World’s Top 10 Least Livable Cities list! Crime and corruption are common topics in the daily news, but the Gospel of Jesus Christ can change lives for the better!

Sign Up For Our Monthly Newsletter or View Past Newsletters